My name is Rona Keller and I am from the South of Germany, where I change and grow along with the seasons. I enjoy spending time on my own in the comfort of home, cosy cafés, the forest and the mountains, as well as getting together with close friends to laugh and talk and experience little and big adventures together. I document all of that – feelings and thoughts and moments – with my camera, and collecting memories is my way of grasping the world around me and how I feel about it.

As I am writing this, it is the morning of the 27th of November, one of the very few dates of the year that does something to my soul. 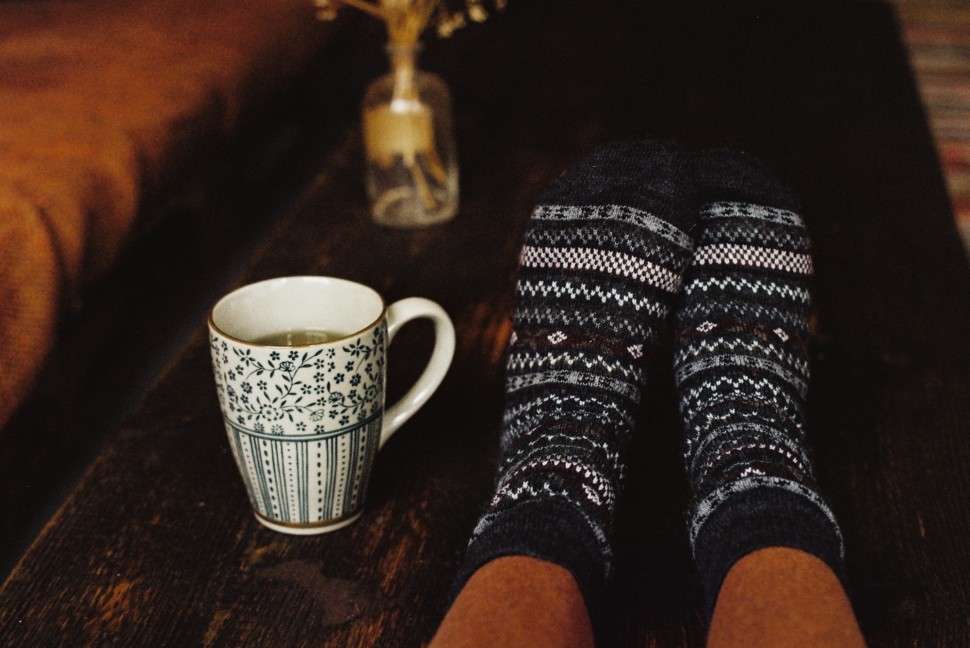 After graduating, I told everyone who asked about my plans that I would be leaving at the end of November to spend five months working as an au pair in the southeast of France.

At the end of November.

It was always just a date in the future, I could never really grasp it. Until it was suddenly there, and I didn’t know what I had gotten myself into. I had always been the homesick child on class trips, long after it was still acceptable to be missing your family so much. And there I was, on 27 November 2010, taking a train to spend almost five months in another country, away from home, entirely on my own.

I discovered another kind of homesickness during the first few weeks – I was aching to be with my best friends again, whom I had only met that year, the people who showed me how fulfilling friendships could be. I was only in France for three weeks before I went home for Christmas, but during that short time I went through all the feelings you could possibly imagine. It was so hard not to start crying whenever I was around other people, people who still seemed so unfamiliar. 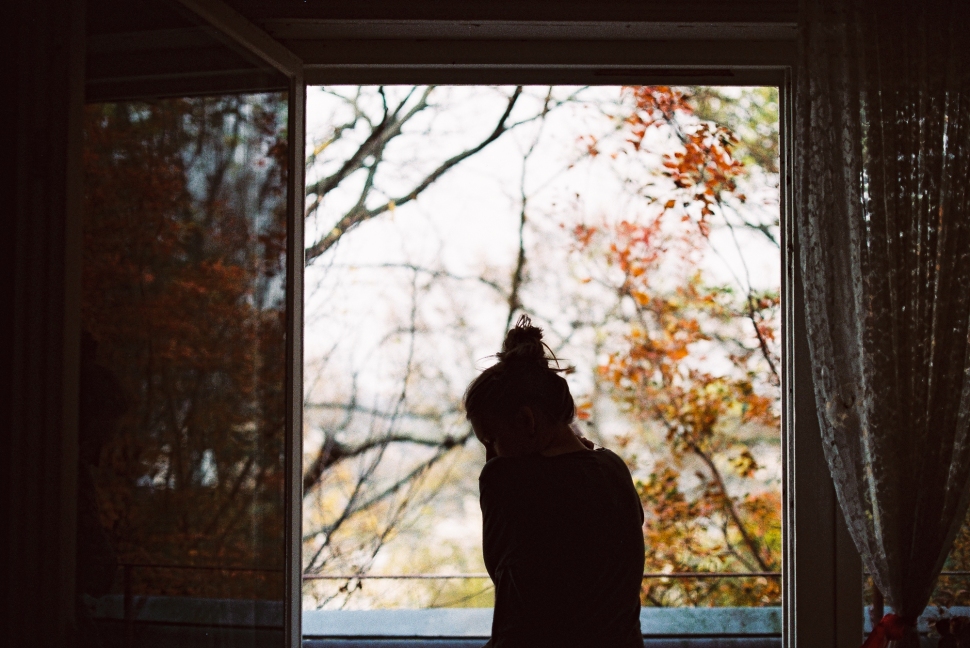 After spending ten soul-charging days at home over Christmas, my heart told me over and over again not to go back to France in January. I was so scared to feel the homesickness again.

But I was also not one to quit something I had chosen to do, and so I took  the train again, towards four more months in the wooden house that already felt so distant, located in a valley between two snow-covered mountains.

I was still feeling a little sensitive during the first two days back, but the strong feelings of longing that I had feared so much never came back. Even though I don’t understand, to this day, how I was able to leave the homesickness that had always been a part of me behind. Eventually, I had a really good time that I still think back to with a happy heart.

Ever since that first November after I left school, this time of the year has been a time of change and nostalgia. Of looking back and finding out where I am, and who I want to be.

I took the first photograph of my series ’At the end of November’ a few days before leaving for France, without knowing that it would initiate a project that would become so dear to my heart. Funnily enough, I only took that photograph in the first place because I had a few more on my roll of film left, and I wanted to fill it so that I could get it developed before leaving.

But it turned out to be a picture I would often gravitate back towards, to remember the person I was during that moment in time.

After a few unsettling months following my return from France and the recurring question of where I wanted to be in my life, November rolled around again. I decided I wanted to preserve the feelings I had, feelings that were so different from the ones I had experienced the year before, through another photograph.

This turned that first spontaneous capture into a project with an open end.

The following Novembers were a whirlwind of looking back and counting the years that have passed on the 27th of the month.

In 2012 I moved to another city to go to uni, and, very differently from what I was used to, found comfort in this new phase of my life from the beginning. Dwelling on memories will always warm my heart, but during that year I learned that it is so very important to try and be content with where I am, and to stop wishing to be somewhere else.

2013’s feelings about friendship were the opposite of those in the first year, and I found it very hard to let go.

2014 reminded me that I needed the part of the person back that I am so comfortable with when I am on my own.

In 2015 I went on a new adventure – six months of living in Berlin. When I came back home in autumn, everything felt the same again, and as much as I loved my time in Berlin, being in this place I had called home for three years by that time was just what I needed.

Over the years, November became my time of the year.

But as much as it fulfilled me, it always left me restless, too. During last year’s November, I often woke to a world covered in fog and spent my days not doing much until it got dark again. In those hours before the world turned black, I had the strong urge to create. I wanted to capture the last yellow leaves, the first November rain, the cold wind that brushed the outside of our house, how cosy my room felt at this time of the year.

I tried to enjoy it the way it was and wondered why it always felt like something was missing when I didn’t take photographs. It was never just beautiful or just cosy or just warm, it was always fading and unsettling and cold, too. I curled up in my warm bed and tried to let go, but the artist inside me never seemed to rest. 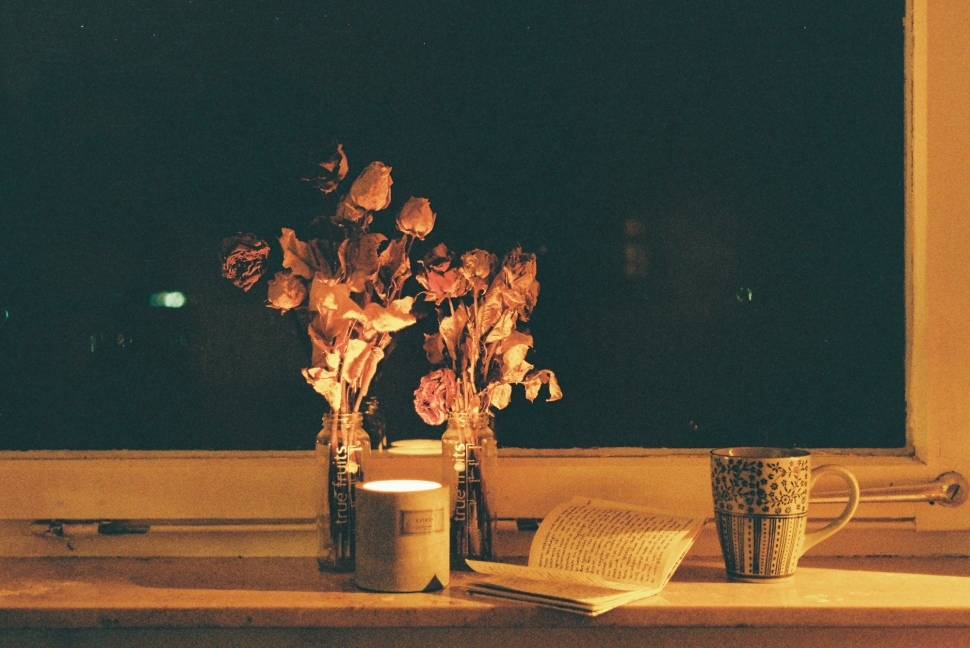 Although I can’t quite imagine it happening in the moment, I know that eventually I will forget what days feel like. And that’s why I photograph, all the time, especially during the cold months of the year.

My series ’At the end of November’ feels different from my usual photography, though. It is always a very simple portrait, for the sole reason that it is what I decided to take on that grey and cold November day so many years ago. The process of taking these photographs is easier, slower, a calm look into the person I am and the person I used to be, in retrospect.

November’s Nostalgia became a way of looking back that doesn’t skip the negative, but doesn’t focus on it either.

I take time to think back to the fear of leaving so many winters back, to that one day when leaving was replaced by coming home, to feeling whole in a different place a year later, to coffees and forests and window views, and all I could grasp to make this one moment count. 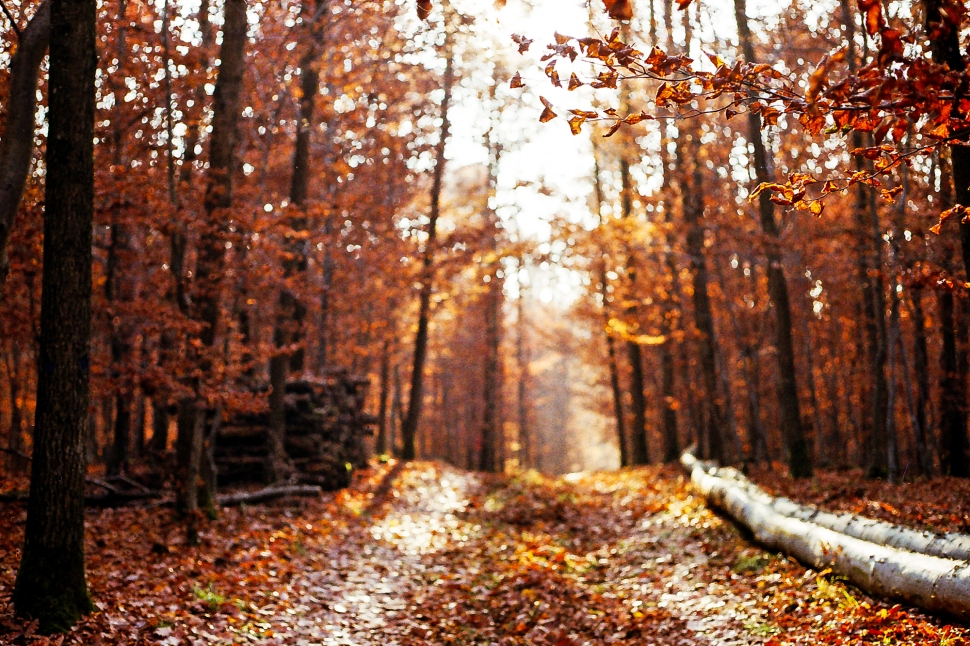 Enjoying our stories? Send us some Facebook or tumblr love!