We have the pleasure of talking to talented Berlin photographer, Rolf Perkowski, who captures the spirit of his city through stunning imagery. This is his story of today’s Berlin through the looking-glass of his camera.

I was born in the Eastern part of Berlin and grew up in the West, surrounded by the Wall. During the Cold War, people’s thinking in both parts of the city was narrow and limited. Us young people –  in the East and the West – suffered in this climate.

Old men wanted to prescribe to us how to think and live.

When the student movement started in the West and spread to the whole city after the fall of the Wall, Berlin developed into an open and welcoming city where everyone could live the way they wanted to.

The cultural diversity here is stimulating.

Every day you can make new discoveries, be they culinary, artistic, or architectural. At university, I worked together with children and adolescents in an analog photo lab and earned a bit of money that way. The joy of the children in those magical moments when the images appeared and they saw if they had taken good photos was contagious – I don’t think anyone could resist that.

When I had my own children and started working, I took a break from photography.

Now I am active again, but I only take digital photos. 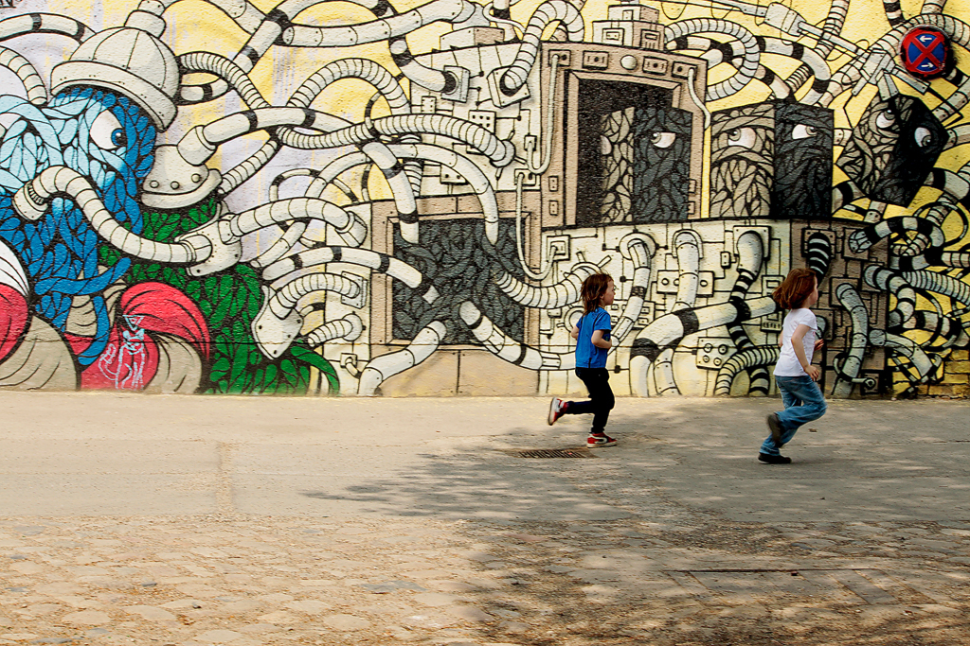 I teach young people who are training to be specialists for media and information services. Among them are students from photo-stock agencies. 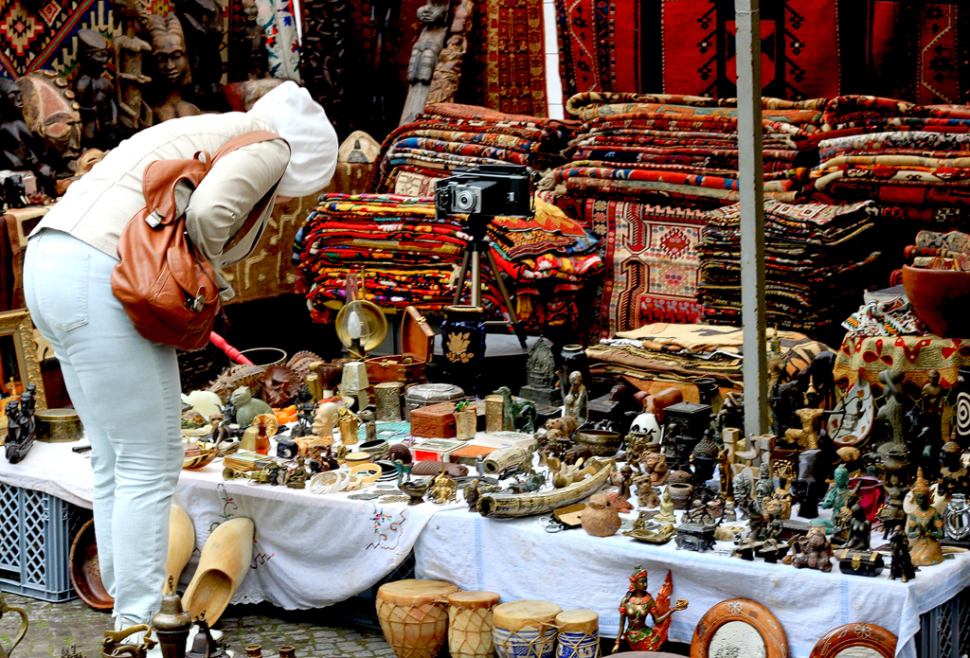 The work of photographers and the business with images fascinates me. Things are changing constantly in this area and the involved actors often have to re-orientate themselves.

I observe their activities with great curiosity, and can bring together professional and private interests in doing so.

It is not difficult to find inspiration in the streets, because they are full of stories. At times, the scenes that speak to me are touching, at times, funny or bizarre.

Often, the interaction of people with their environments is interesting.

I take photos extremely quickly, because the best moments are fleeting.

I am not interested in pictures where people are posing. For me, it is important not to show anyone in a humiliating way.

To preserve the documentary character of my images, I only edit them very lightly.

Street photography is very contentious in Germany. Here, you are only allowed to take photos in which individuals are recognisable in exceptional circumstances. That’s why street photographers are often straddling the borders of illegality.

But how are future generations supposed to be able to picture our society today if only empty squares and streets can be shown? I want to share my own fascination with the special within the everyday and invite others to see their environments with more open eyes. 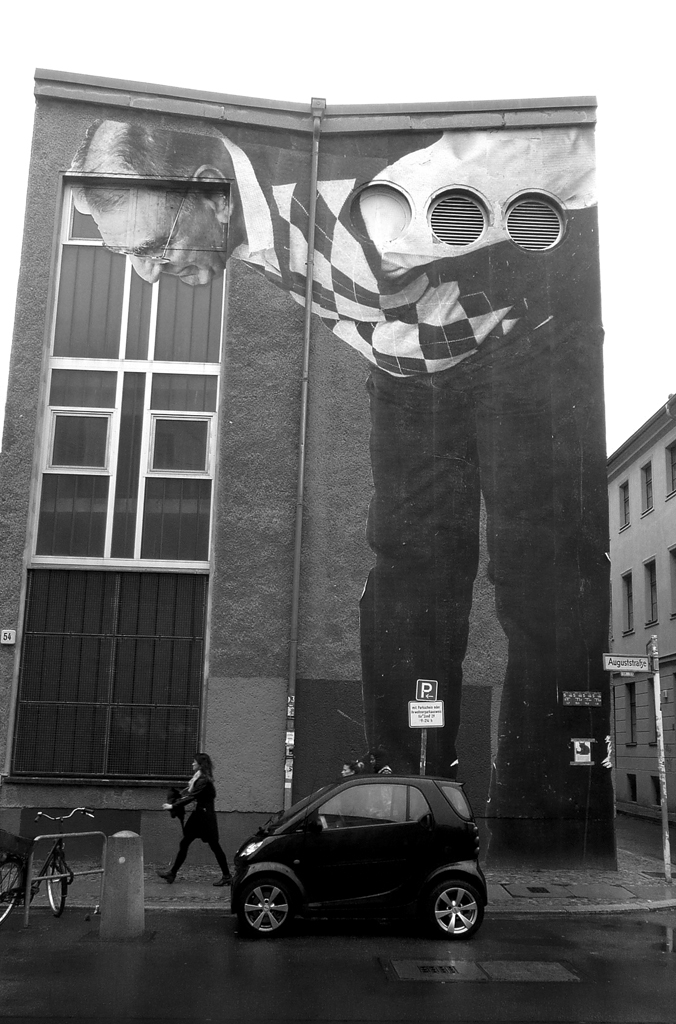 Blogging allows me to exchange with people around the world, who allow me to glimpse snippets of their everyday lives as well.